Come and celebrate with us

What are you looking for? 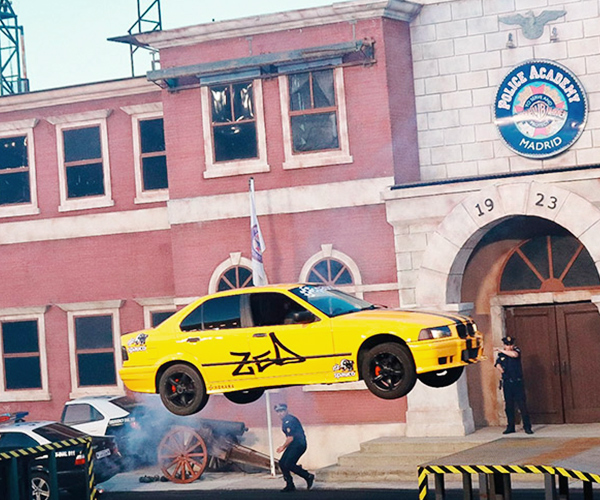 Experience the sensation of being on a real movie set. Spectacular chases, explosions and live shootouts, fun attractions and special effects... everything is possible at Movie World Studios. This is cinema in its purest form, on an authentic movie set. If you’d like to discover the secrets behind a real movie set and see the best stunt performers in action, make sure you don’t miss the Loca Academia de Policía show. You will be blown away! But neither should you miss the best musical tracks at Teatro Hollywood, with the musical El Mago de Oz: Una Nueva Generación. And of course, don’t forget to visit the most unique attraction in Europe in terms of sensations. Here you can experience a drop of 68 metres, where you will feel like a true movie stunt performer: we’re talking about Stunt Fall. If you’re looking for a calmer experience, at Movie World Studios you can also enjoy a relaxing tour of Southern California with our Cine Tour, or cool off at the famous Jellystone Park with the fun Oso Yogui water attraction. You should also stop by Hotel Embrujado, where nothing is as it seems. A spooky and creepy place where you will discover a true love story. And as with any movie shoot, real actors always need to get their energy back, which is why, at Movie World Studios, you can enjoy our buffet restaurants alongside your favourite characters, who will make your dining experience even more enjoyable. 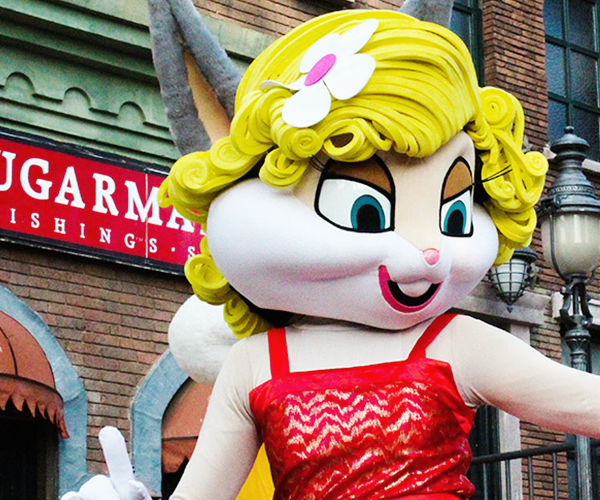 A tribute to Warner Bros.

Parque Warner Madrid is a kind of giant studio, whose buildings make up little towns that are connected by one common denominator: the magic and joy of cinema and cartoons. A film studio where you’re sure to experience something similar to what it feels like being on a film set: rehearsals, the exciting sound of the clapperboard, the final takes, the resounding “cut!”, which signals the end of the working day in a film park. But before this happens, you should stop by Movie World Studios.

This is where you’ll find Stunt Fall, whose name brings to mind acrobatic scenes where specialists take on the roles of the main actors. It is one of the best attractions, not only at the park, but in the whole world, and for good reason: A top speed of 115 km/h, a height of 65 metres and an exhilarating boomerang effect, as you follow the normal route first of all, then fly backwards. Want to give it a try?

We have our own version of Beverly Hills in one of the areas at Movie World Studios, with luxury that brings to mind the famous city located at the foot of the Santa Monica Mountains. Oso Yogui is one of the area’s water attractions, with jets of water jumping from one boat to another in a super fun themed river at Jellystone Park. We have the famous Californian water tower here in Madrid, in fact it’s an authentic icon for this distinctly American-themed park.

At Movie World Studios we combine the feel of a movie set with the image of a typical 20th century New York residential neighbourhood. Urban houses in a petit hôtel or brownstone style, cars from the time and even road signs that are very faithful to the original area... All of this will make our visitors feel like they’ve travelled back in time. But we’ve also added a Californian touch with a large lake containing various yachts and moorings, creating a very relaxed atmosphere with spaces that immediately transport you to the Mediterranean (such as the Casa del Sol buffet). Just nearby you’ll also find the Teatro de Especialistas, another homage to the actors who are able to survive chases and explosions, with the greatest example of this being the Loca Academia de Policía show, which involves 10 different vehicles of various sizes, types and cylinder capacities! You absolutely cannot miss it.

The streets are full of stores and restaurants that you can visit with your family. You can ride intense and exciting attractions, buy souvenirs, enjoy shows and, of course, eat. Variety is the key theme here. You must check out all the cool buildings in the area, like Jack's Fish Market, which is kind of like a New York sandwich shop, where you can stop for a bite when hunger strikes. 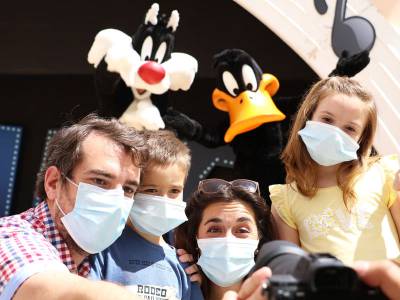